How to avoid be sucked dry 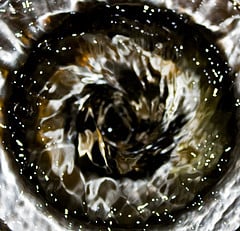 Have you had that feeling…… when speaking to some one feels like they are sucking you dry, like you can feel your energy being pulled out of you like water down a drain?

These people are very externally oriented and their state of being is dictated by what is happening around them.

How do you deal with people who are energy drains?