The ABC’s of terror entitlement 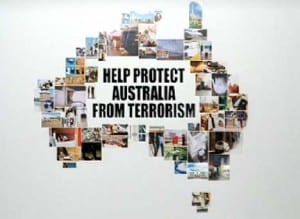 Alert,
But, not overly
Concerned by the
Designed to induce distress
Evangelism of a
Fear mongering
Government who,
Hope to
Influence
Juvenile voter sentiment with
Knowledge that fear and terror
Leverage base instincts, while praying
Main stream media make,
No news reporting or notice of their
Oppressive, overbearing, anti-social
Policies and that no-one
Questions, queries or
Resists
Surrendering freedoms or privacy to allegedly prevent
Terrorism. Or …….,
Union organisation, or the work of groups who
Value the lives of the disadvantaged, disabled or
Workers or refugees over the
Xenophobic
Yearning for more power and/or profit of the elites who would rather you
Zone out, be silent, compliant and subsidise their sense of entitlement.

Having put these thoughts into poetry… I should make it clear that I fully appreciate that there are people with the means, motive and method who would do harm to us and are plotting ways to do so. I also appreciate that there is excellent work being done by our intelligence, law enforcement and emergency services to prevent, prepare for and respond to any incidents. I simply despise the process being made a political plaything. 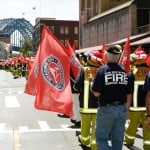 Well… I’m going to do something just a bit different for this post…. An edited reply to someone else’s blog post.. As I read Dragonista’s nicely written post.. I couldn’t help but be struck by the dual ways in which the post could apply…. so while Dragonista has applied it to “the big business bogeyman” .. I’m editing it up to show how the same argument applies to the “big union bogeyman”…. so here goes…The edit starts here…….

It might come as a surprise to anyone who hasn’t done so, to learn that people who run major  unions are not always the equivalent of Darth Vader or Ebenezer Scrooge.

Not all  heads of major unions, not even most of them, hatch plots to  extort wages and conditions, develop strategies to wreck the workplace environment, or devise clever ways to rip off their  members.

But you’d be excused for thinking so. Big  union has become the latest bete noir; a convenient scapegoat for all that is bad about  collectivism or joint action or workers rights or l sustainable fuels, or the two-speed economy, or the tax system… and on it goes.

(Here Dragonista quotes some else’s post… so … with respect to both Dragonista and Tim Dunlop… if you want to see the full desciption then you should duck over and read Dragonista‘s post)……. so continuing on with the edit of  Dragonista’s post…..

So here we have the  unions in Australia tarred with the same brush as  the HSU. All of them are somehow manipulating the government to increase regulation and change laws to crush  employers and enslave their  business owners.

Well, yeah, nah, that’s just not how it is the real world. Sure, there are some bad eggs amongst them but for the main part the people who run  unions are good people like you and me, just trying to do their jobs as best they can.

Whether we like it or not, that job primarily is to provide the best   conditions possible to  workers. And remember, those workers include pretty much anyone  who enjoys conditions like annual leave, sick leave,paid overtime, parental leave etc etc  won by collective action – yep, that’s people like you and me.

Short-sighted  union people look no further than this requirement – and the bad eggs amongst them are no-doubt focussed on  pay rises at any cost. But canny  union people know they have to do more than look after their  members if they want the  workforces and industries to be viable over the longer term.

These are the  union leaders and executives who seek the investment of  time and money in their workforce, knowing that loyalty pays dividends in reduced employee turnover, as well as better quality assurance, OHS performance and company reputation.

The same head honchos know their  union must be a good corporate citizen if it is going to be allowed to continue operating. This means meeting the community’s expectations as well as that of the government.

Unions can lobby government for more regulation. Some advocate regulation, not necessarily to crush  employers but to bring them into line with the standards of behaviour that are expected by the community. This is because a  union will nearly always be judged by its miscreants poorest performers.

So in closing, let me say, yes I’m a  unionist, . But this post is from me as an informed citizen, saying “Why do we beat up on  unions when they   defend jobs and help keep our economy strong? Why do we tar them all with the same brush? And, isn’t this the same sort of intellectual laziness that we want to stop in the mainstream media?”…………….

So there you have it…. as I said..Dragonista’s piece was well written and as I hope I have demonstrated, could be read in a whole different light… but  jump on over and read Dragonista’s blog post to get the genuine sense of where she was coming from.. and to read the full quote from Tim’s Blog….