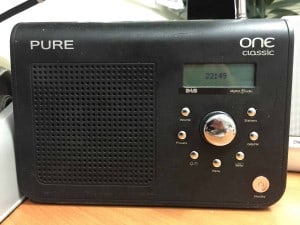 It’s a constant companion on my office desktop… news, interviews, music… my digital radio. So a worthy subject for a Haiku.

Welcome to part two of observations about the things that have been observed during years of coming and going from a children’s hospital, part one was on watching and learning 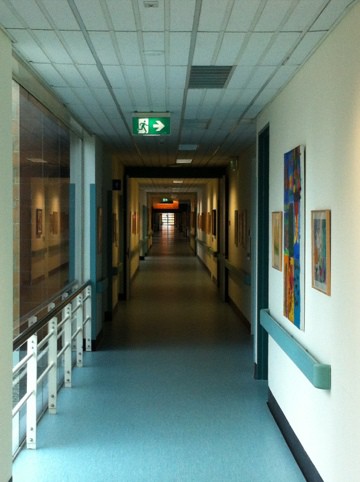 The corridors and rooms of the children’s hospital are like the highways and byways.
There is peak hour, bottlenecks, tow trucks and everything else you would expect.

When is Peak Hour?

Well that depends… there’s peak hour when you would expect it… that 9am start causes chaos in the car park,the corridors become jammed with people navigating their way to the various clinic appointments in the different parts of the hospital. There is the usual stream of high volume traffic throughout the day and then the afternoon peak and then…… there is the corridors that look like ghost towns in the middle of the night.

The corridor traffic is just like the road traffic.There are the zippy little speedsters.. able-bodied people who are in a hurry to get where they have to be, and they duck and weave in and out of the other traffic. There are the beaten up bombs… wheelchairs that their owners have outgrown and look like they are held together with tape and wire (WHY kids need to get to this point with their equipment is a WHOLE other issue that I will address sometime later in another post). There are the one’s doing 40 km/hr when everyone is trying to 60… but that is because they are little kids trying to navigate around with a big pole and lots of pumps and lines and wires attached.. so there is no honking at them, or “road rage” to get them to speed up.

Then there are the semi-trailers and/or other assorted trucks…. the beds being moved around by the tow trucks (the porters who are always on the go.. and who are generally characters like Joe.. maybe I’ll write a post about him?), as they move kids to or from surgery to wards, or to or from wards to places like x-ray, or as has been the case too often in my families experience to or from the Intensive Care Unit. The other type of trucks are parents coming in with arm loads of bags.. you know these are the families of kids who are coming for a long stay… generally frequent flyers. Or the parents leaving with that same load of bags.. the long stay is over. The other overloaded parents are the ones leaving with a bag loads of stuffed toys, cards, flowers/balloons etc These are generally the parents of kids who are experiencing their first hospital stay. I look at them and hope that this stay hasn’t been the first of many and that they are lucky enough that this is their first and only major stay… but I know for too many of them that is not the case.

Peak hour is different in different parts of the hospital. The PM peak hour is a bit like the usual one on the road… a mass exodus of people leaving the clinics, the road outside becomes clogged. At this point the traffic in the hospital shifts as family and friends all come visiting, the corridors and alcoves become quite noisy and all of the traffic is headed into or out of the wards. Like the peak hour on the roads this one lasts for a couple of hours and then fades away.

The fading of this peak, coincides with the start of the peak in the emergency department. The emergency department has a steady stream of kids coming and going throughout the day, but when evening hits the waiting area in the emergency department begins to burst at the seams. As parents have returned home discussed little Johnnies high temp, and cough, etc etc and they make a decision that little johnny is really very sick and needs some attention. Thankfully the vast majority of these little johnny’s have things that are easily treated with bit of panadol and making sure they get fluids in with gastrolite drinks or iceblocks… things that could have been dealt with by a local
GP and avoided the wait of hours in the Emergency Department waiting room…

This burst of activity for little things that could have been dealt with away from the hospital really gets up a lot of people’s noses. I take a different view.. for most of the parents you see there it is probably the first time their child has been sick to the point of creating concern, and like with the “semi-trailer” parents, I hope that it is their first and only experience of the hospital.

Once you get past a certain time in the hospital.. in my experience generally around midnight / 1 am the hospital becomes eerily quiet.
Quiet except for the hum of breathing machines, feed pumps and other assorted machines keeping kids going. As a parent who is unable to
sleep walking the corridors after this time, like in the picture for this post, the corridors are long, quiet and the place can feel like
a ghost town.