So how did I get here? 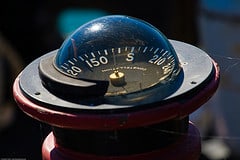 I’ve commented a few times that I would tell the back story to why I am here and doing this blog…….so here goes.

The journey to being here on this blog start on 9th April 2006. Until then, life was not perfect (is it ever) but it was certainly heading in all the right directions. I was enjoying an excellent career as a professional firefighter, had been promoted through to the rank of Inspector, and was enjoying periods doing relief duties in country locations. I had a beautiful family, with my wife, two daughters and a son, all of whom I love immensely, and I was involved in a few other projects and had a good life map in my head.

Then while working on one of those country reliefs I received the phone call that every parent dreads. My son had been in an accident at home, he was at the hospital and details were sketchy, but it was serious.

Arrangements were made for me to be on the next available flight home, and thankfully I was surrounded by great work colleagues and a great organisation that swung into action to support me and my family. The flight and drive to the Paediatric Intensive Care Unit at the Children’s Hospital was the longest three and a half hours of my life.

Most of this time was spent ringing back and forth to people who were at the hospital with my wife, and occasionally speaking to hospital staff who were doing their best to reassure me, but were painting a terrible picture. My wife was too shocked to talk to me (another indicator that things were not good). Samuel had experienced a  drowning accident in our backyard pool, it had taken 45 minutes for him to start breathing on his own and a bit longer than that for his heart to begin beating on its own, and things did not look good.

I arrived at the intensive care unit to find my son connected to so many machines all beeping and squawking, lines into what looked like every available vein, a team of Doctors and nurses around him along with my wife, family friends and my work chaplain. Getting the round-up from everyone there it was apparent that things were very grim and there was a very good chance that Samuel was not going to make it through the night.

On the fourth day, it was time to switch machines off and see what was going to happen with him. When the breathing tubes were removed he continued to breathe on his own. Five days later it was time to move him to a ward and begin intensive rehabilitation. Samuel spent a total of four months in hospital, but despite the best efforts of every member of the pre-hospital, hospital and rehab care teams Samuel was left with a severe hypoxic brain injury and severe disabilities.

Our family was then faced with a whole new experience of dealing with a severely disabled child, worrying about learning a whole range of medical techniques to care for him, and worrying about where the money was going to come from for purchasing the equipment we were going to need to be able to support his daily care and quality of life.

Thankfully, we were well supported, and a great deal of that story is to be found at the Samuel Morris Foundation website. The Foundation was set up because of the support we received and the knowledge that it was not available to many other families in similar circumstances.

Over time I have found that there are things I would like to share and or comment on, but it is not appropriate to do it at the Foundation site. I also wanted to be able to begin discussing the role of resilience in getting through events like those that have impacted my family. So this blog seemed like an appropriate channel.

I’m new at it, I’m on a steep learning curve about blogging, and building a readership etc. So your participation in reading this blog is greatly appreciated. I would also appreciate your comments, and any input you would like to have to this type of discussion, whether that is through guest posting, a partnership… just let me know.

Next post I am going to finish off the series on CHOICE, and then I am going to share a few stories about my journey beyond that day that changed life forever.

The Christmas holiday season is traditionally full of people wishing each other a merry xmas, sprouting bon homie, and being full of the festive spirit. This is NOT a traditional xmas message!

Some of you will know that I am full of the festive spirit and regularly spout bon homie a bit of a Bah Humbug sort of person when it comes to Christmas. There are a few reasons for this, but I won’t go into detail. I do really like Christmas day and the immense joy that it brings to my children (even though it is heavily tinged by the fact that one of my children no longer experiences that joy), but I really hate the fakeness of the lead up and the forced sense of camaraderie that everyone displays.

For many this time of year is a bigger struggle than normal, as they struggle to provide for their families and see their children go without, or as they spend Christmas alone, or as they continue their battle with illness, or they remain homeless.

Not everyones view of Christmas is a positive one.

If you are one of the lucky ones for whom this time of year is full of joy, and you get to spend it surrounded by loving family, congratulations, please consider this request……….

in the last days before xmas is there something that you and your family can do to lighten the burden of those less fortunate ?