5.5 places to feed your brain 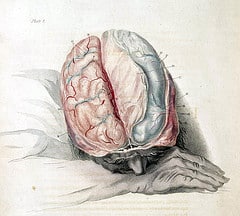 Everyone is busy … but regardless of how busy we are we all need places to head to in order to feed our brain and keep our mental faculties renewed and nourished. Everyone has different needs but I thought I would share with you five places that I recommend to feed your brain .

This Blog is part of Tim Brownson’s overall site A Daring Adventure. Both of the hyperlinks are accurate descriptions of what Tim delivers.

His blog posts are always informative, always thought-provoking and really do challenge you to step outside your own comfort zone into the Discomfort Zone, which we all know is where the real growth occurs. Tim helps you to get going on your own daring adventure.

What I also love about Tim [but be careful, don’t let him know I said that, if you drop by his site and leave a comment  ] is his broader commitment to delivering to people who are not in a position to use his services.

This site delivers great advice in short but powerful pieces. As the name suggests these pieces are inspired by Buddhist thinking, but no matter what religious or other background you come from these pieces are thought-provoking. Even a few minutes a day contemplating the great content this delivers can make a huge difference to how you look at the world on a day-to-day basis.

Jessica Hagy uses a couple of typical diagrams over and over again, but they are NEVER the same thing.You may think that you are  familiar with Venn Diagrams and other such tools, but Jessica uses just a few words on these diagrams that often send your brain scattering thinking about the implications of what you have just observed. This site is simple but packs a powerful punch.

Danielle Laporte clearly demonstrates that she is a keen observer of the human condition, and she has a way with her observations that some times just bowl you over.

It is only fair that I recommend this one with a warning! WARNING..SEAN IS ADDICTIVE.  If you visit this site and look around at Sean’s free stuff you will be struck by how it will change your thinking. Sean has a few different sites that feed off of this one (and a couple of different membership sites). The bottom line is this site is an entre into a world that contains some pretty amazing information to help you transform your business as well as becoming a part of an incredibly supportive community.

I don’t think I need to list and describe that one…. you’re already here!

I’d love to know what sites provide your brain with the most nourishment, let me know !