Why I hate Tim Brownson! 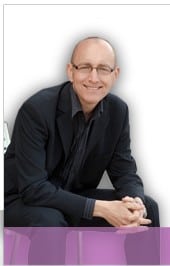 Welcome to my rant about why I hate Tim Brownson.

Now if you are jumping up and down, salivating and waiting for me to do a screaming flaming troll job on him… you will be bitterly disappointed… I’m just not that sort of person.

1)  I have never met Tim Brownson

2)  I have only ever had a few personal exchanges with him at his website, email or on twitter (and those exchanges are always fun!)

3)  I have received NO money from Tim, and he has received NONE from me (although the bugger has been trying)

What does this Tim Brownson fellow do?

Tim puts himself out there as a life coach who provides self development with a sense of humour…. and he delivers.

Tim is not afraid to take the piss out of himself (or his industry).

The cartoons that accompany his posts are always interesting (although sometimes I look at the cartoon and think OH NO where is this post going).

Tim makes your brain explode out your ears, rips your heart out through your mouth all at the same time that you are giving yourself a kick in the arse…. and that takes some serious gymnastics.

You can  find him at a daring adventure.

He made me offer to be a goose!

Tim made an offer of some free life coaching … I sent him the email telling him why he should pick me as the recipient of the golden ticket to his own Willy Wonka offer… and you know what the rude bugger did…. he said he cancelled the offer because MY (alright…ALL) of the applications he received were below par….. but he also offered a tantalising tale to go along with his recanting of his offer that was really part two of the application process for those that were prepared to read between the lines.

So….. because I thought I was clever and could read between the lines I sent him my application part 2 and offered to do a whole bunch of things that would have made me look like a goose, but would have provided Tim with some additional value as part of the transaction.

AND…. you know what he had the hide to do….. knock me back again!

He turned me into a murderous stalker!

Tim offered up his list of LUCKY people to receive his generous offer and I was not on the list. So after a few funny exchanges by email… I was left with only one option…… to become a murderous stalker.

I told Tim that I had a solution that would work for us both…. he added me onto the list as a reserve… and I would hunt down and kill and the people at the top of the list. I even played on the fact that I KNOW Tim values the well being of his clients and he wouldn’t want any harm done to them.

BUT… you know what his reply was….. “let the homicidal rampage begin mate! Looking forward to seeing you ritually decapitate someone online”…….the BASTARD… he called my bluff…

AND. . just to rub salt into the wound he told me I could just pay him loads of money for some coaching and avoid butchering people.

What is a SANE man to do?

If I was sane, I could probably answer that question! So I told Tim, I’m not opposed to or unwilling to pay him my hard-earned cash for the quality coaching I know I would get…. but that just doesn’t have the same challenge in it, as getting him to do it PRO BONO!

So why the bloody hell do I hate him?

I hate Tim because he is so bloody good at what he does!

Does that sound crazy?

Dear readers…….Just admitting that Tim is good at what he does and going off and paying him his rightful dues to provide me service would be admitting defeat…..!

So the challenge remains to convince TIM that he should be providing me with some free life coaching, and this is where you come in…   Leave a comment with your reasons why TIM should provide ME with free life coaching…… I promise to deliver these to Tim as part of the next offensive.