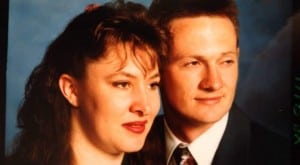 Twenty years with Jo-ann who is probably expecting me to make a crack about the possibility of being paroled for murder (twice over) by now…[or as a friend put it more politely the other day.. day years married to you Michael, I’m sure she thinks about murder and being paroled every day] …. but no… I’m more romantic than that 🙂 (shhhh stop laughing Jo-ann)

Taking the slow boat to china…

I’m sure you have all heard the term “on a slow boat to China”.. in general use it means something that takes a long time is very slow and may never reach it’s destination. The term also has a few cultural references to romance too with a 1948 hit song by Frank Loesser that has been revised from time to time by the likes of Peggy Lee and Bing Crosby, Bette Midler, Ella Fitzgerald, Dean Martin and many others.

In the romantic sense the term is about wanting to spend as much time as possible with the one that one love…..  and the reality is that I’d be happy to do twenty years with Jo-ann all over again.. and I look forward to spending the next twenty on another ride on the “slow boat to china”… because who really knows that the destination of life is, or when we’ll get there?

The symbolism of twenty years

It is meant to symbolizes the beautiful, elegant, and delicate nature of your love for one another over 20 years (However, there was no way I was going out to get Jo-ann a nice china dinner set…) 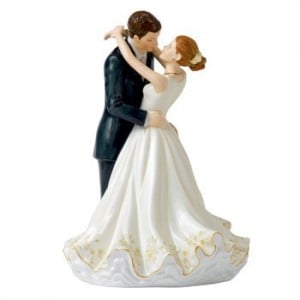 I think it is a nice blend of the tradition of China as a twentieth anniversary gift, a reminder of our wedding day (and how damn young we looked!), and that we are on the slow boat to China forever…..

My anniversary message to Jo-ann.

I Love You… through thick and thin, through the highs and lows. I’m glad you’ve shared the last twenty years with me, I look forward to sharing another twenty with you….[and just so you don’t think I’m getting too mushy… just remember… you’re stuck with me 🙂 ]