Discover who you are – When it really counts 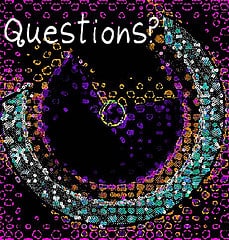 “Life’s challenges are not supposed to paralyze you, they are supposed to help you discover who you are” Bernice Johson Reagon

This post is going to be broken up into a couple of parts, this first part is going to examine the situation of life challenges and how they can lead to a situation that paralyzes us and why.

At some point in your life, you will be confronted with a major challenge that will bring you to a screeching halt and leave you in a situation where you feel paralyzed and unable to find a way to move forward.

An assault on your core values

These situations have the power to bring you to your knees (either physically or metaphorically) because they are either an assault on your core values or beliefs to such an extent that our very existence seems challenged, or they create a conflict between your core values and beliefs.

In either case, the situation demands decisions, and often decisions that you are unaccustomed to making or a choice between multiple options each of which may have uncertain or less than optimal outcomes. The need for these decisions can lead you into a psychological condition called decision paralysis or analysis paralysis.

What is decision or analysis paralysis?

There are a wide range of descriptions of decision or analysis paralysis but essentially it refers to a situation where your decision can be treated as over-complicated, with too many detailed options so that you cannot make a choice, rather than you trying something and changing if a major problem arises. You might be seeking the optimal or perfect solution upfront and fear making any decision which could lead to erroneous results, when on the way to a better solution.

The paralysis is caused by a number of common distortions in your thinking while you are contemplating a decision.

In the next part of this series we will continue to explore how you can really discover who you are when life throws crap at you, but for now

Can you identify any situations in your life where these thinking distortions have occurred? What did you do to overcome these distortions?