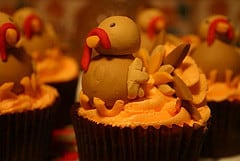 Whose a festive season turkey?

I think Scrooge McDuck said it all  “That silly season when everybody loves everybody else! A Curse on it!”…

BAH HUMBUG.. there I said it…. the holiday festive season makes me a BAH-HUMBUG person…. it is not because I don’t particularly like what each of the occasions means, I actually enjoy each specific day and the time with my family. The reason it makes me a BAH HUMBUG person is because of,

The outpouring of Bonhomie

Or should I say the outpouring of so much FAKE bonhomie… have you noticed the people who are complete nay sayers and grouches  suddenly become full of good cheer (or appear to be full of good cheer). How everyone suddenly has to find something nice to say about everyone else.. how people suddenly cut some slack for people they would not think twice about for the rest of the year…

What difference does it make?

Does it make a difference to the people who are neglected for most of the year.. do those strained kind words really mean anything to them? Do the token contributions do anything practical for them, or do they just serve to highlight their status for the rest of the year?

Where does it go?

When the first week of January is over…. where has it all gone? How quickly do things revert to “normal”… how quickly do the little people suddenly mean very little again. If the sentiments expressed during the festive season meant anything at all how could this be?

Here’s a challenge I want to set for everyone….

Bank it for every day!

I want you to consider the investment you make, financially, emotionally and physically during the festive season and I want you to only do what feels completely 100% genuine and really from the heart during this festive season… and all of the energy, emotion and finances you would otherwise spend while “working at it” I want you to bank……

I want you to bank it NOW… and then I want you to SPEND it… but don’t spend it during the festive season… spend it during the rest of the year. Invest it in making a small but real difference EVERY DAY… use it to smile at someone who you might otherwise neglect, use it to buy someone a cup of coffee when they’re not expecting it, use it to make a donation to a charity outside of their traditional “appeal” times, use that energy, emotion and finance to make a small but REAL difference to people throughout the year…

make the whole year the festive season for all the RIGHT reasons  and help stop me being such a  BAH HUMBUG person…..