Then again… maybe not!

I finished a recent post talking about the degree of difficulty with Samuel’s current condition by saying that Samuel always has his way, and was just as likely to turn around pick up and look at us like “whats all the fuss, let’s go home” (and do this all again some other time). 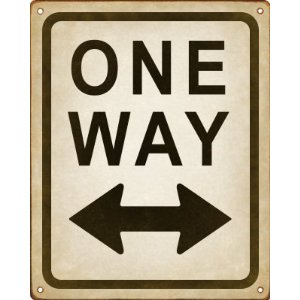 I would like to be able to say that my opening remarks in this post are 100% true, but  that is not the case. Samuel has not fully picked up, as mentioned in earlier posts things have gone slow and steady  and we have had to continue dealing with the ambiguity of being human in our circumstances.

When we came to Bear Cottage it was under the full impression and expectation that this our journey with Samuel was going to rapidly head in one direction…. However it seems that Samuel decided that the one direction looked like the one in the sign above.

Where does that leave Samuel…

While his pneumonia in hospital was not responding to some of the most powerful antibiotics available, it seems that Samuel has decided the bugs could not have it all their own way and he has managed to fight off the bugs responsible and clear up his lungs. His lungs have sounded very clear.

However his secretions continue to be thicker, he continues to be in a lot more pain, he seems to be having more seizures, his colour is off, he continues to work hard at his breathing intermittently.

The summary is that Samuel has clearly deteriorated, but has hit a bit of a new plateau.

Where does that leave us….. 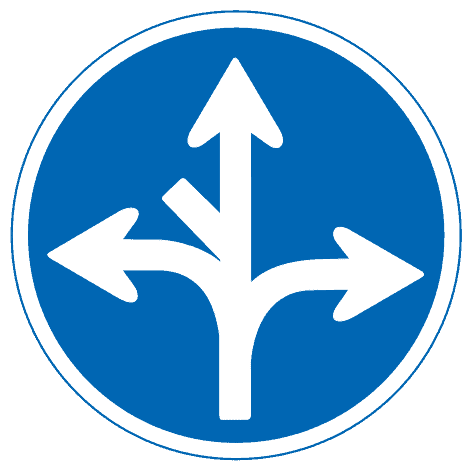 It leaves us not really knowing where we are going or what is going to happen.

After much discussion we have decided that as things are not progressing that we will be leaving Bear Cottage and heading home as a family… yes including Samuel.

The family has essentially been in our state of Limbo for the past ten weeks as things have moved along with Samuel. The girls have been out of school, I have been off work. Heading for home will allow us to get at least some parts of normal back in our lives. How long the new normal will last is another complete unknown.

As a result of Samuel’s deterioration during his stay at Bear Cottage things are completely different in many ways. We have a range of new medications involved to keep him as comfortable as possible, we have changes in the machinery that we use and we have changes in how we have been caring for him.

Jo-ann and I both feel like we are back where we were when we were first heading home from hospital after Samuel’s accident. We are not confident about how we are supposed to do things for Samuel, we are not confident about our ability to manage the changes successfully and we are both very nervous about using the new drugs that are part of his care.

We are also extremely nervous about the prospect that Samuel may pass away at home, although thanks to the Bear Cottage and The NSW Ambulance Service there are plans in place to return us to Bear Cottage if this happens, or if Samuel’s condition begins to rapidly deteriorate further.

We are grateful that Bear Cottage will continue to be our back up and that the staff are available at the end of the phone to help us talk through any issues in adjusting to Samuel’s care.

Doing it all over again

This has been a difficult period of adjustment. As parents It has taken a heavy emotional toll preparing for Samuel’s death. We have been in a constant state of free-floating anxiety and it has been difficult to try to prepare the girls for the fact that we were not going to be taking Samuel home with us at the end of our time at Bear Cottage…  and then watching things slow down and get to this plateau that means we will be heading home.

It is going to be very difficult knowing that we may have to go through this all over again and that anxiety will continue to ride with us as a background feeling while we wait to see where things go.

Samuel is in charge….

As I said at the start.. Samuel always gets his way and as usual we are in his hands while he determines how long he is going to keep going… we haven’t figured out what it is that he thinks he still has to do, but there must be something……

Thank you to everyone who has been in touch with us, has asked about Samuel and the family and have sent their love and support. Your continued support means a lot to us.. we will keep you up to date as things continue to progress.