When your world shrinks….

Back to Bear Cottage…

After all the difficulties with Samuel he has been home for two weeks. Samuel and Jo-ann have returned to Bear Cottage… but that is not a worry or cause for concern.. it’s planned…. Jo-ann will be a little spoiled as Bear Cottage holds their mother’s day camp” giving some pampering to her and some other extremely deserving mums.

The return to Bear Cottage will actually act a bit of a circuit breaker for all of us.

Jo-ann gets pampered, Samuel gets some more care and attention from the lovely staff (and we get a bit of a progress check about Samuel from the staff, they are more likely to see any significant changes in Samuel, having had a couple of weeks break since they last saw him).

The girls are at home with me…  back to school for them both and a bit of pressure off for them around home too. 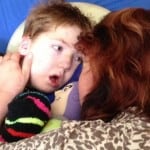 What has happened with Samuel at home?

Not all smooth sailing and things still don’t go as expected.

Some days have been horrendous, where it has been almost impossible to keep him comfortable no matter what drugs we are able to give him and other days he has simply slept his way through the day without a noise.

A worrying development was having Taylor home from school, completely wiped out by a bad head cold… which spread to Tanja and then having both girls home from school. It was inevitable that Samuel would come down with it.

Samuel’s secretions started to thicken up and go a bit off colour, he has needed a lot of suctioning and all of this started to trigger a large dose of worry for Jo-ann and I.. what would it mean for him?

We don’t really know. He continues to do weird things.. one minute his skin feels like it is burning,the next it feels like an ice-cube, but his core temperature has been fine. One minute he is breathing comfortably, the next he is breathing fast and hard.. but his lungs have still sounded mostly clear.

Reflecting on a shrinking world…

Sometimes it is absolutely necessary for your world to shrink and  to become extremely task focused, because what is in front of you is an emergency (even though that “task” can be huge and have lots of active parts and layers to it that all need attention, and are all priorities that must be juggled … like managing a large fire 😉  ) 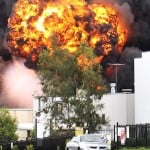 When managing a large fire, I don’t concern myself with what paperwork is still sitting on my office desk waiting for some attention…but what needs to be done here and now to have the best possible impact on the situation.

However, being back at work for a few shifts, and attending to a few things at work that would not normally be part of my responsibilities really drew my attention to the fact that my focus has been really narrowed (and rightfully so) for months now, including my focus at work..  all essentially since Samuel went to hospital at christmas time. 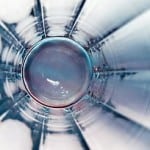 Noticing that my world has shrunk really highlighted the contrast to even the relatively recent past.

Dealing with Samuel and all his problems has been a constant for just over seven years.. sometimes needing periods of intense focus on only him but it has been seven years during which there has been a lot going on and I have done many, many things… but when I really stopped and took notice the contrast between last year and this year was significant.

Last year my world was continuing to expand, there were significant things happening that were growing my circle of attention and concern. Things like applying for, succeeding at obtaining, and then travelling for and writing up my Churchill Fellowship. A process that expanded the range of people who I was in touch with right across the globe. The Churchill Fellowship and a couple of projects happening for the Samuel Morris Foundation were setting up a great potential to significantly affect the numbers of children and families that are affected by non-fatal drowning. (This potential is obviously still there… just delayed)

This year, everything has been focused on Samuel and many other things have been allowed to slip by… I have not been talking to as many people, in fact the circle of contact with people has been incredibly narrow and limited. I have not been thinking about a whole range of issues that would normally concern me in a broad strategic or global perspective.

Of course it is perfectly legitimate and expected that my focus is on Samuel and the family, and I would not want it any other way.. but it was an interesting moment to have my attention drawn to the contrast.

The courage to continue….

I have mentioned before the issue of courage… The current situation continues to be full of uncertainty, and thoughts about where things are heading can still be confusing and there are still so many “what if” scenarios and issues…

However thinking about the contrast between last year and this year brought to mind a relevant quote.. by who other than Sir Winston Churchill (rather apt, seeing as how it
is as a result of his legacy that some of my opportunities to expand were provided)…

“Success is not final, failure is not fatal: It is the courage to continue that counts…”

Samuel keeps showing that courage.. so should we…. adapt and overcome!

CAN DO, Children, Resilience, Thoughts